Eliminate your warm water flush with one histology fixative

Tissue-TekVIP® Fixative provides an alternative to standard neutral buffered histology formalin and can be used with all tissue processors.

Eliminate the need for the routine warm water flush with the Tissue-Tek VIP® Fixative. Using the unique Neutra-pHase™ technology, this histolgy fixative produces no precipitates in the presence of alcohol, contrary to all other 10% neutral buffered formalin (NBF) products. The Tissue-Tek VIP® Fixative will not promote formation of salts within the tissue processor lines, which can cause costly damage to any brand of tissue processors unless regular maintenance is performed. Since the base ingredient is formalin, it is fully compatible and can replace 10% NBF without any adjustments to your procedures.

The Tissue-Tek Prisma® H&E Stain Kit #1 is the first and only H&E stain kit designed specifically for the Prisma line of stainers. Tracking the identification of kits and their components is made easy on the Prisma Plus using the Prisma Barcode Reader. The H&E Stain Kit comes with a validated staining protocol to provide you with slide to slide reproducibility from the first to last slide. The Prisma®  H&E Stain Kit also comes with an adjustable protocol that you can edit to define your desired stain! Speed up the validation of your H&E protocol and leverage the web-based Prisma Stain Grid service that helps you determine the best matching stain times for hematoxylin and eosin.

The unique composition of Tissue-Tek VIP® Paraffin allows for reduced compression sections as thin as 2 microns. The low melting point, 56°C, protects samples from heat damage. The paraffin will not discolor under normal processing conditions and leaves no plasticizer residue to clog paraffin lines in tissue processors and embedding centers. Tissue-Tek VIP® Paraffin is supplied in small pellets for rapid melting.

Tissue-Tek Paraform® Processing & Embedding Medium is a 3rd generation formulation designed for use with the Tissue-Tek AutoTEC® a120 Automated Embedding System for the fast, continuous and predictable embedding of blocks. The paraffin is designed as both a processing and embedding medium to cover all of the laboratory’s needs, with the same additional features as the Tissue-Tek® VIP Paraffin. 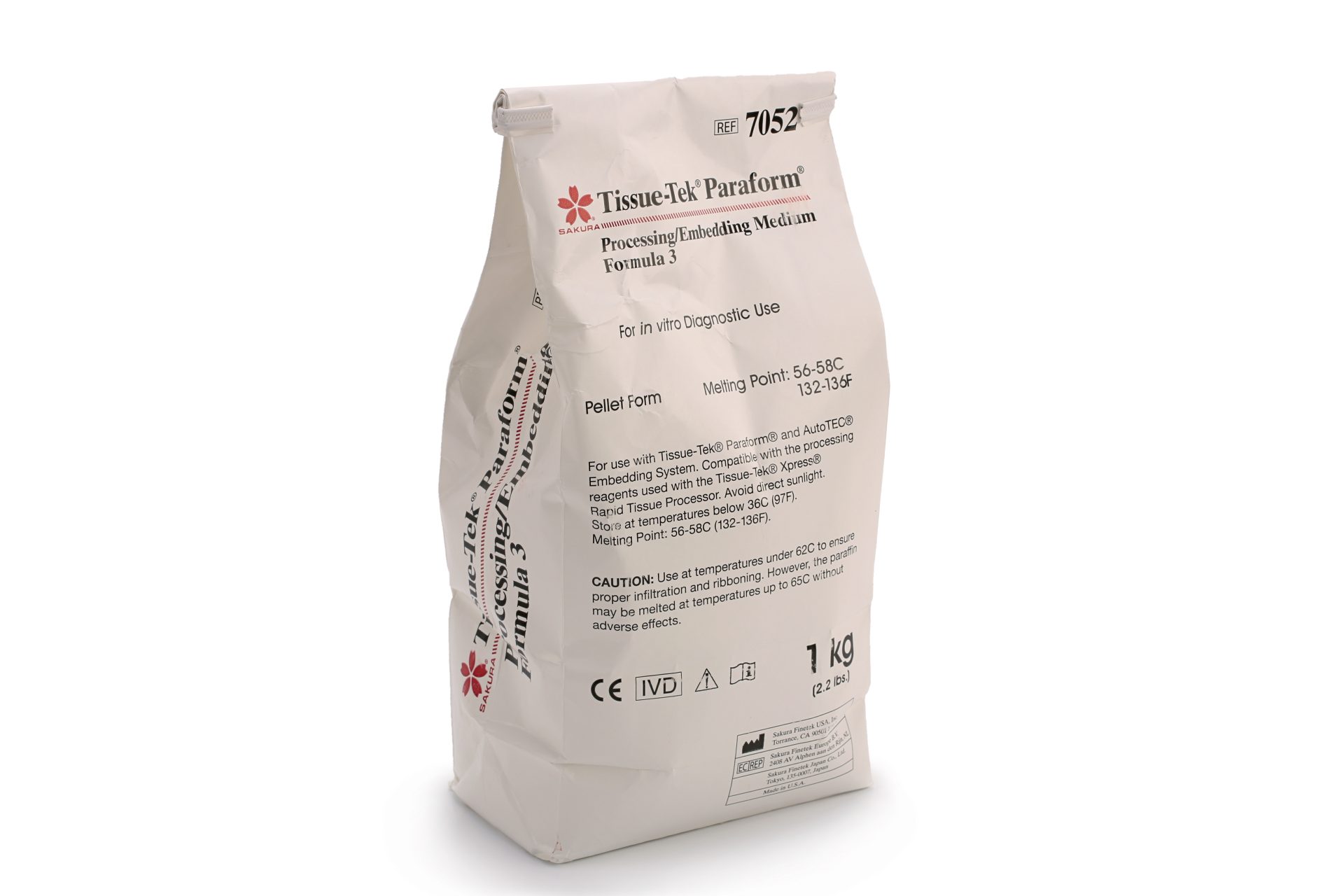 Endless potential for efficiency and productivity

The Tissue-Tek® Paraform® Sectionable Cassette System is a true innovation in histology and pathology cassette design that eliminates the need to perform manual steps at embedding. The unique two-part system is composed of a rugged frame that is compatible with most commercially available cassette printers, and an inner cassette made of a proprietary material that has sectioning characteristics similar to paraffin. The inert cassette material also does not pick up stain or interfere with microscopic tissue examination.

The proprietary Tissue-Tek® Paraform® material withstands exposure to all the volatile reagents and fixatives typically used in histology and can be processed in any tissue processor. After processing, Tissue-Tek® Paraform® eliminates the need to open the pathology cassette to reorient tissue, thus simplifying embedding, increasing productivity, and preserving tissue integrity.

Although compatible with all existing laboratory methods and manual embedding processes, Tissue-Tek® Paraform® combined with the Tissue-Tek AutoTEC®  a120 Automated Embedding System provides total automation of the embedding process for high quality, predictable results while saving time and resources. 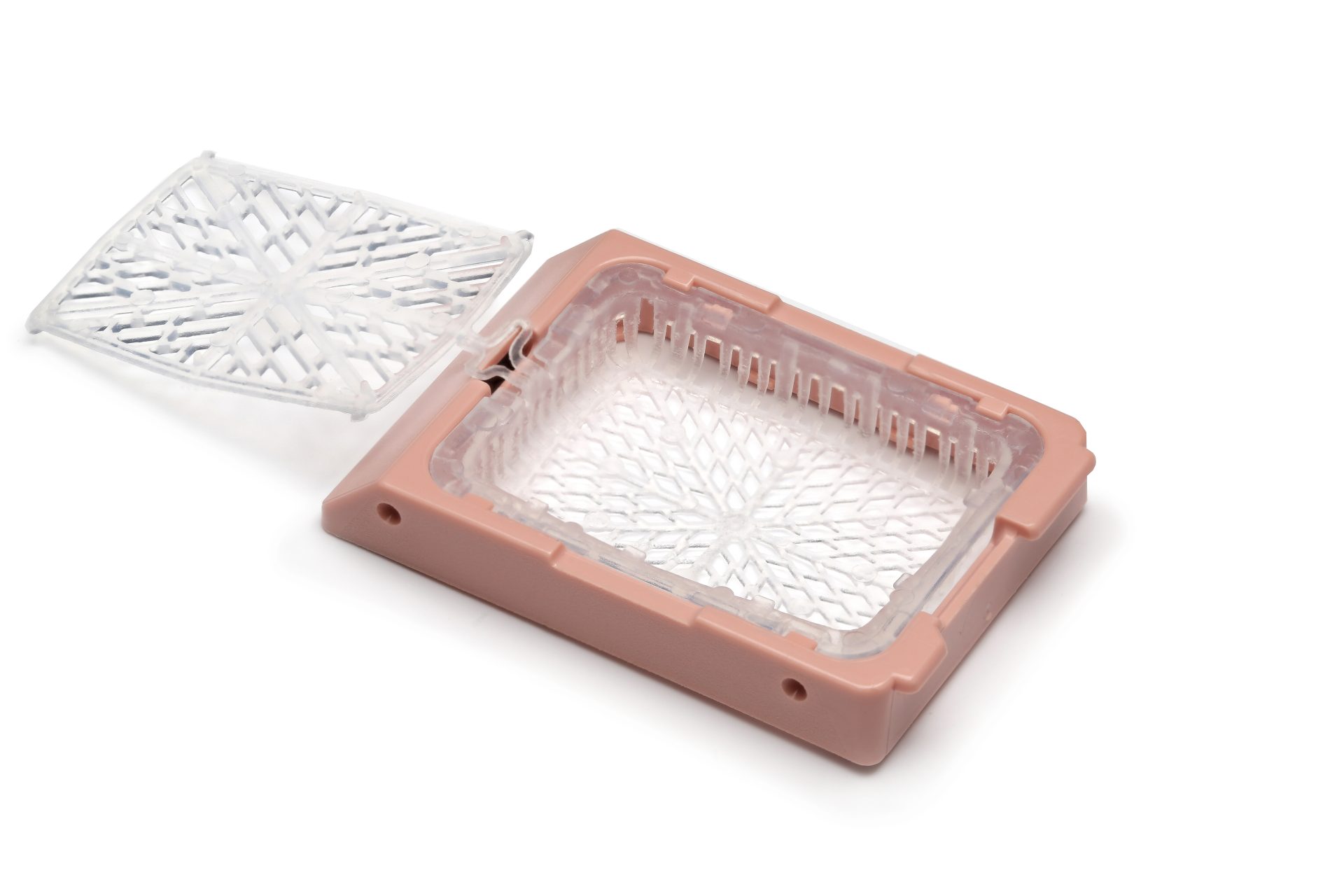 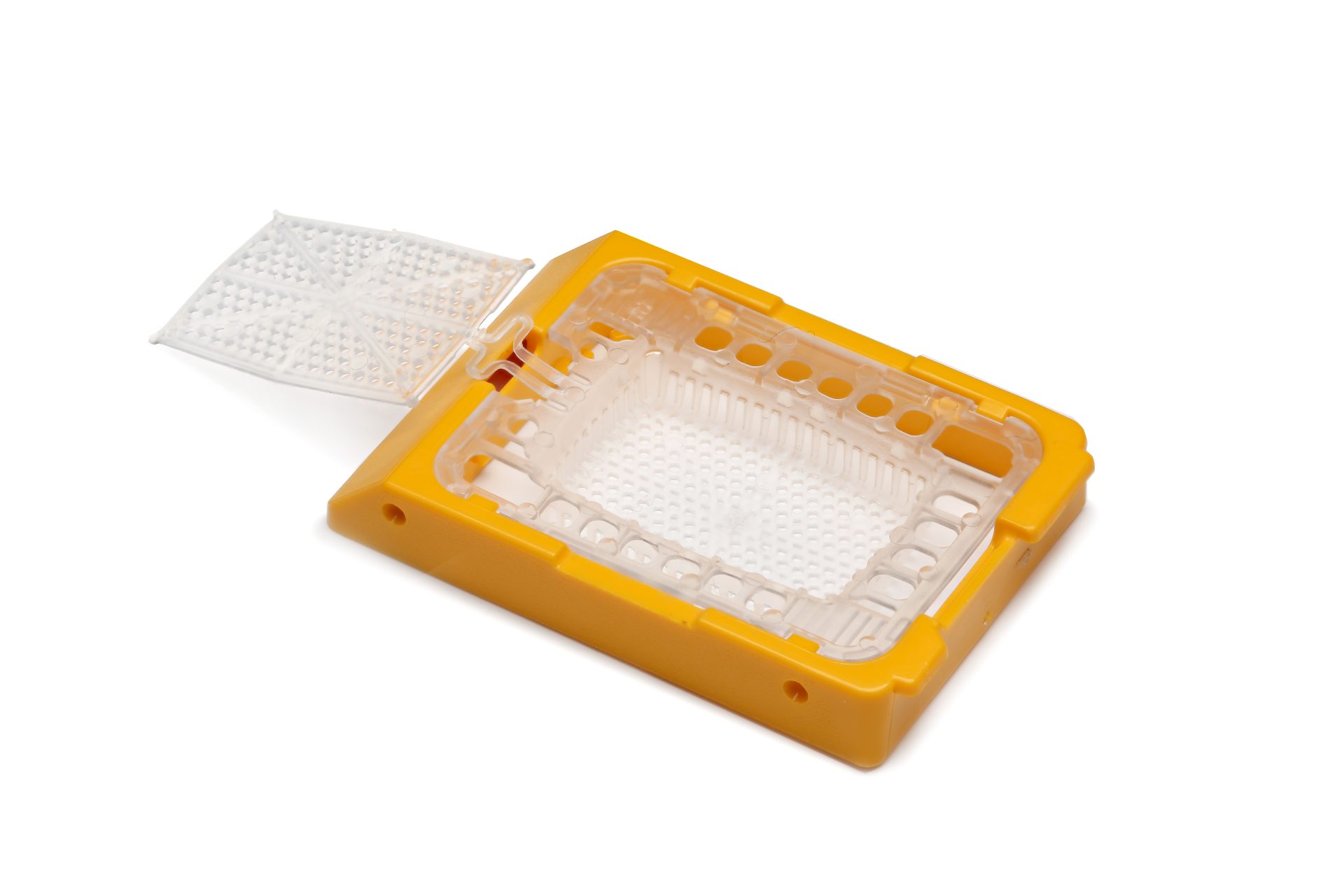 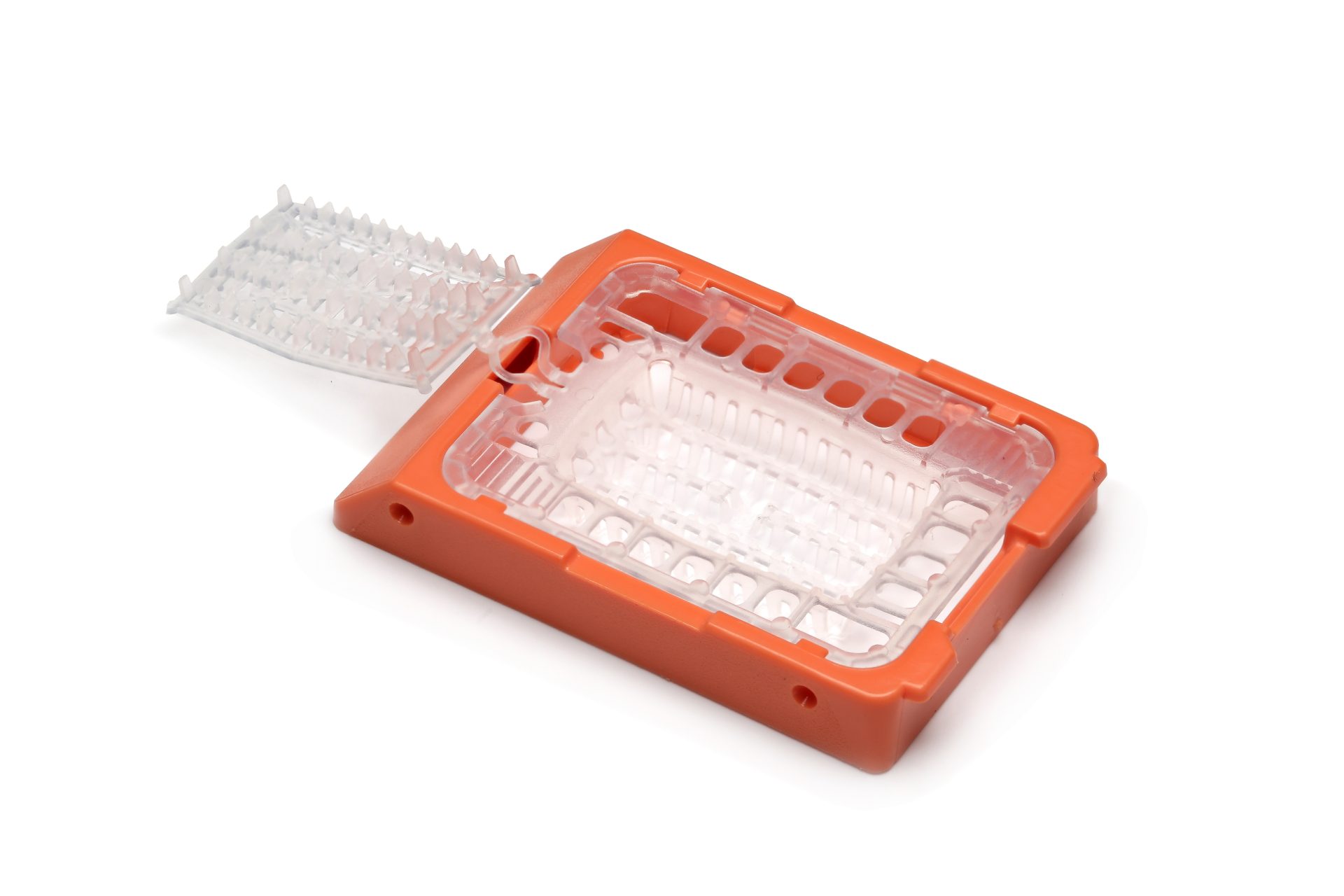 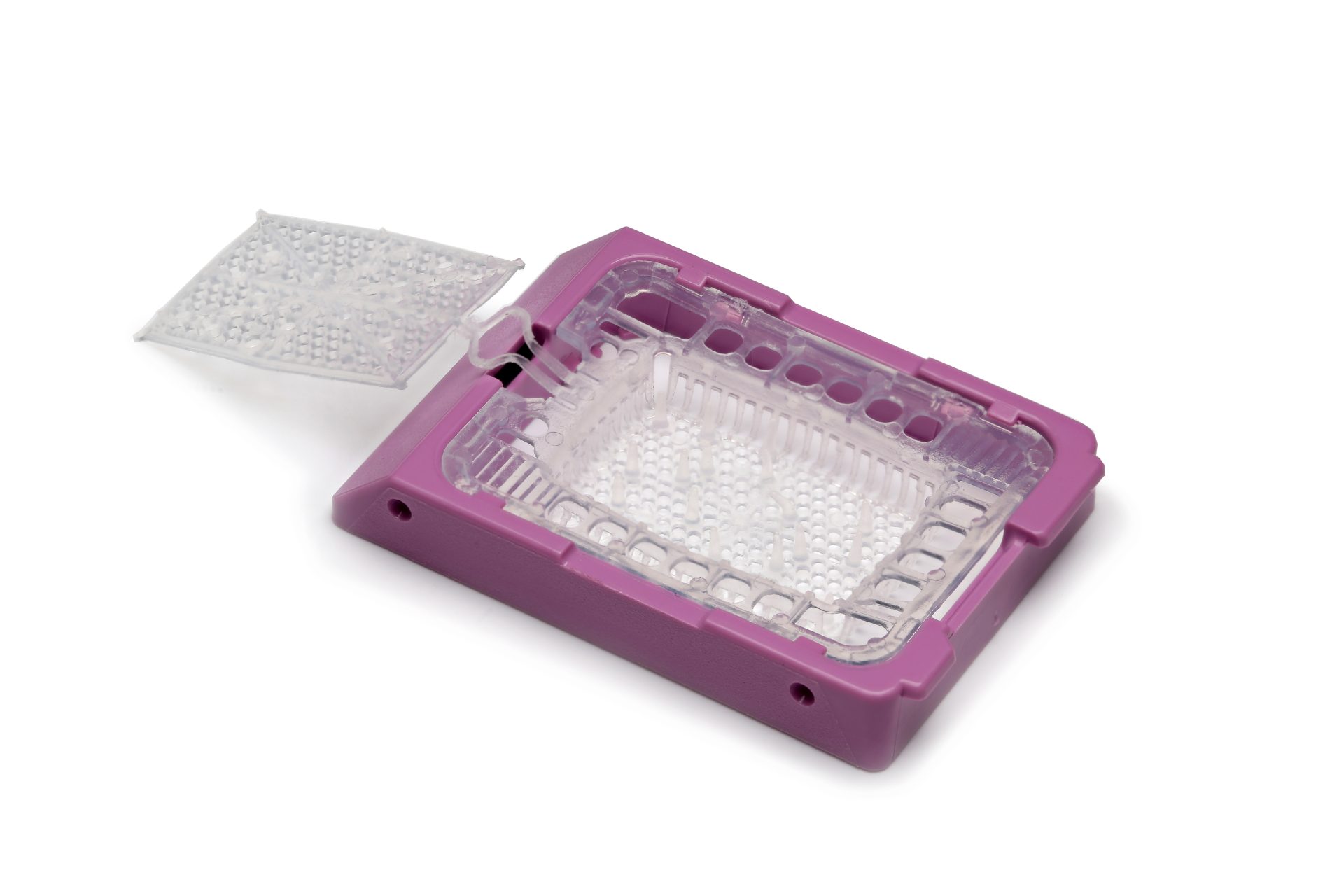 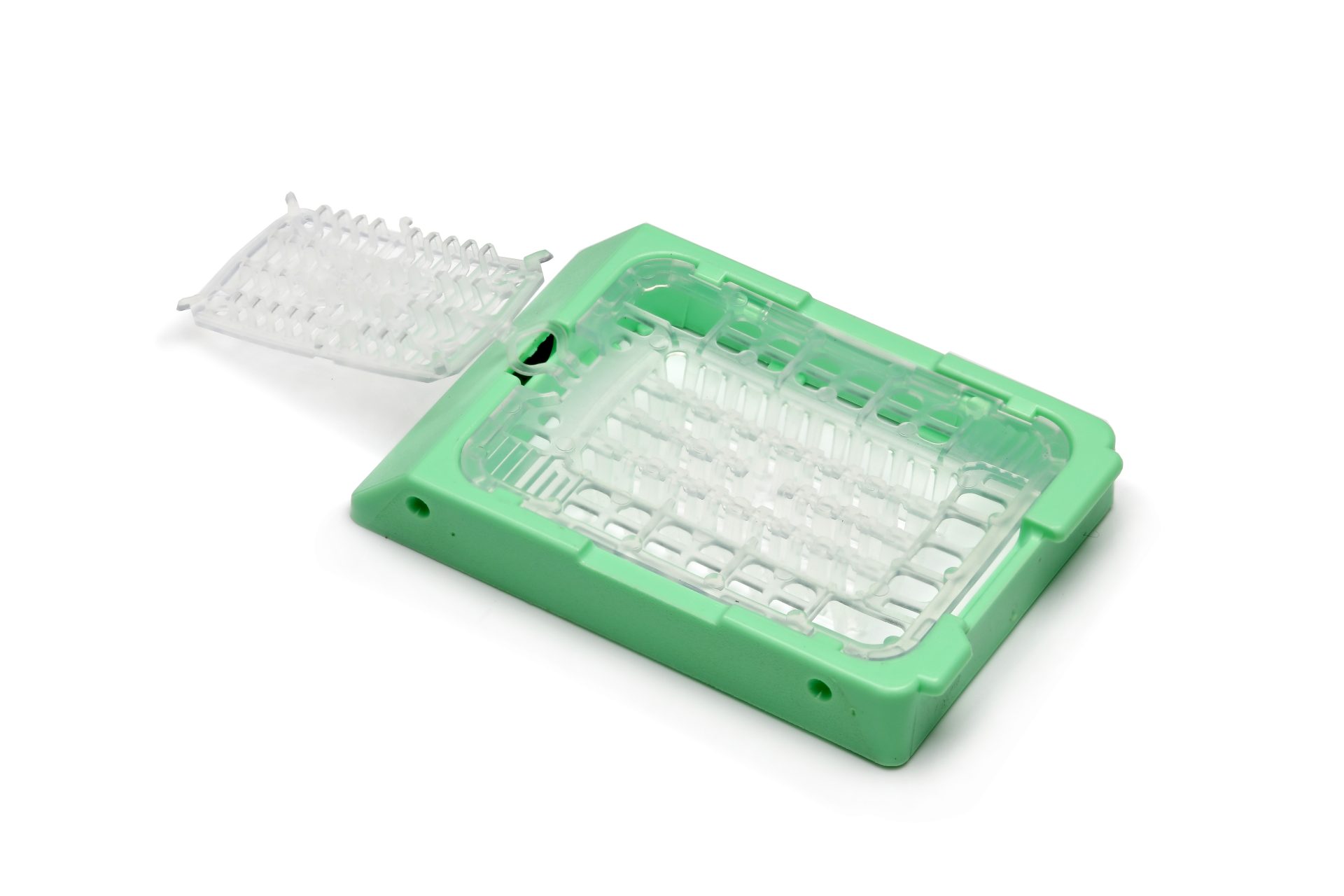 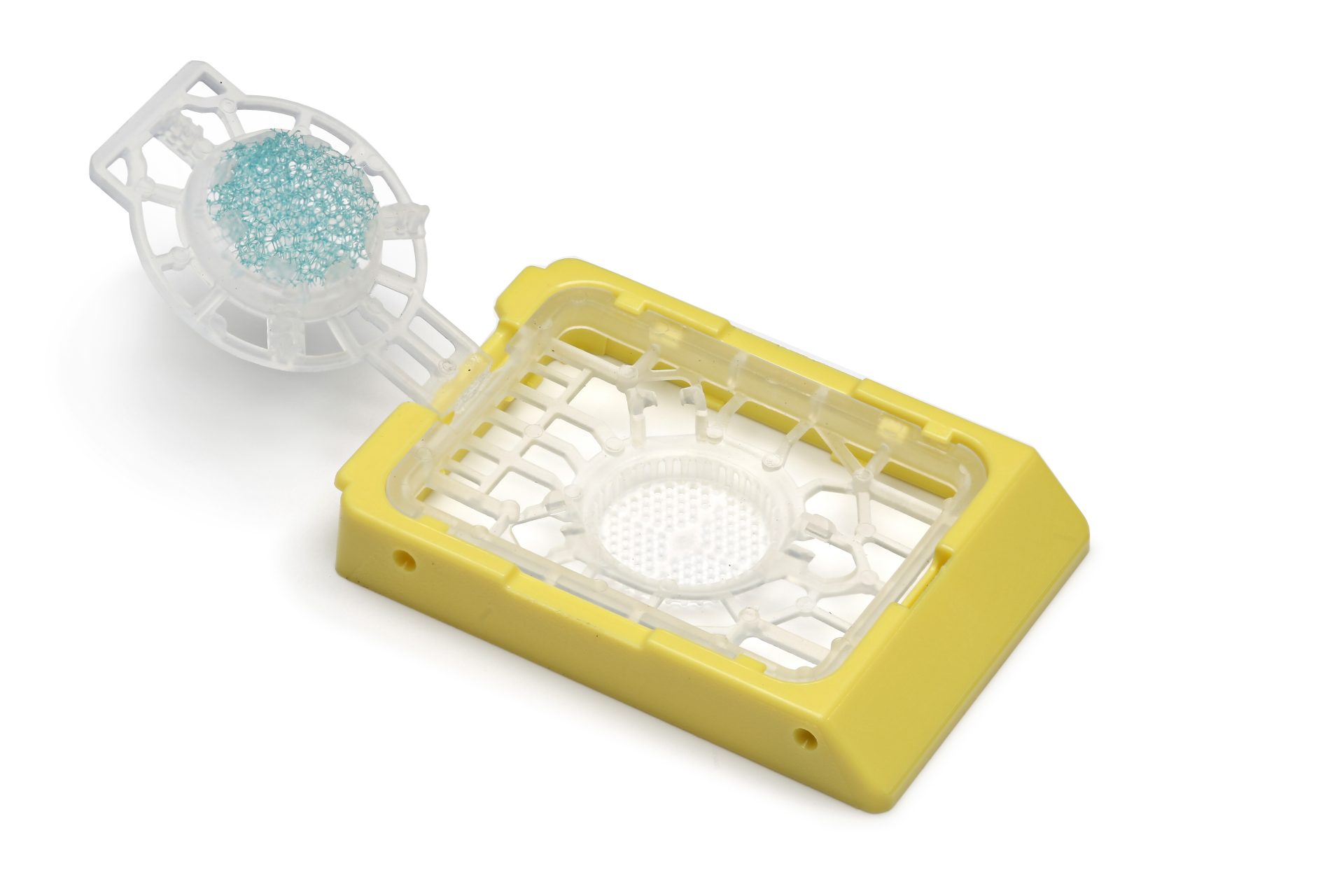 The first and original tissue cassette system is still the best

The Tissue-Tek® Uni-Cassette® System provides a secure and efficient specimen identification system, from the grossing bench to the permanent paraffin block.

The tissue cassettes consist of a base with an attached lid and are designed for maximum fluid exchange during tissue processing. The Tissue-Tek® Uni-Cassettes® are manufactured from chemical-resistant plastic and can be used with solvents and decalcifying solutions. These tissue cassettes are validated on Tissue-Tek® SmartWrite® Cassette Printers and the Tissue-Tek® AutoWrite® Cassette Printers for best performance but are also compatible with other cassette printers. The Tissue-Tek® Uni-Cassette® System is compatible with Tissue-Tek AutoSection® and most microtome block clamps.

The Tissue-Tek® Uni-Cassettes® come in the following configurations:
– 45o angle surface and 35o angle with large writing surface
– Standard and biopsy cassettes
– Single and stacked cassettes
– Up to 12 colors available 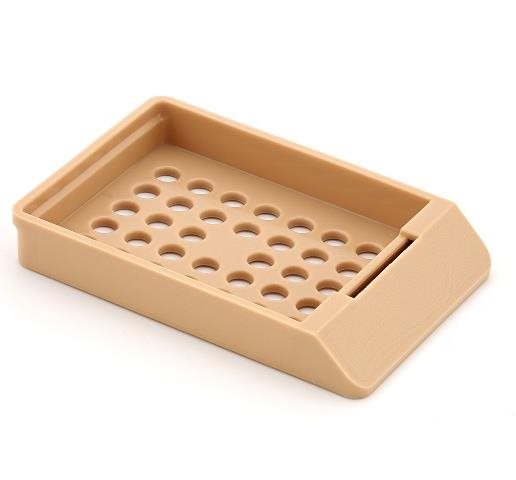 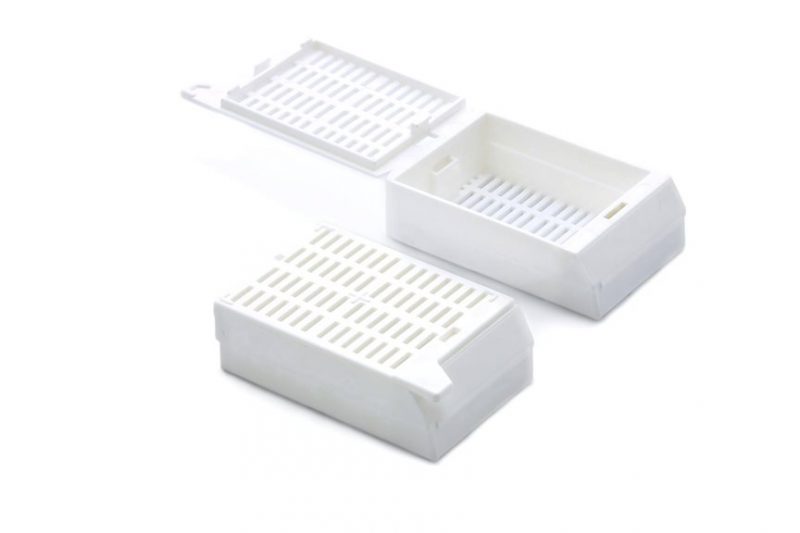 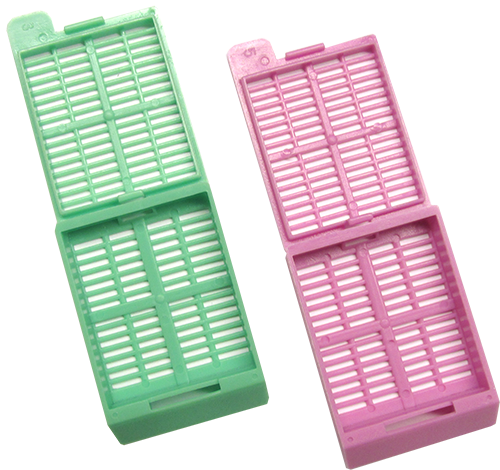